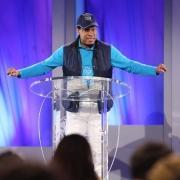 TO THE BIBLE: Philippians 4:15 CEV
“My friends at Philippi, you remember what it was like when I started preaching the good news in Macedonia. After I left there, you were the only church that became my partner by giving blessings and by receiving them in return.”

LET’S TALK
The Bible tells us about a certain widow in Zarephath who was poor and had nothing, yet the Lord commanded her to take care of the prophet Elijah during the period of famine. Before meeting her, Elijah was being fed supernaturally by ravens that regularly brought him food, and he also drank from a brook (1 Kings 17:4). However, the brook dried up and the ravens stopped bringing him food. Then, God commanded him to go to the widow. By feeding the Prophet Elijah, the widow received her miracle: “So she went away and did according to the word of Elijah; and she and he and her household ate for many days. The bin of flour was not used up, nor did the jar of oil run dry, according to the word of the Lord which He spoke by Elijah” (1 Kings 17:15-16).

Every opportunity you have to give to God is His way of setting you up for greater blessings. God doesn’t ask you to give because He wants something from you, but because He’s got something greater in store for you. Some have gotten frustrated because they had constantly given of their time and resources to the Lord and to the work of the ministry, and to them, it seems the circumstances of their lives have not improved. If only they knew that through their giving, God was setting them up for a greater and more glorious future, they would rejoice!

Not only did the Lord take care of the widow’s immediate needs after she fed the prophet, He also took care of her future (Read 1 Kings 17:17-23). Never allow anything stop you or discourage you from giving to the things of the Kingdom. Partner with the Lord big-time by investing your time and resources in world evangelism and you’d be glad you did.

Pray
Dear Father, thank you for the wonderful opportunity I have to partner with you by giving my time and resources into the spread of your work around the world in Jesus’ Name. Amen.